The Presence of Manga in Europe and North America 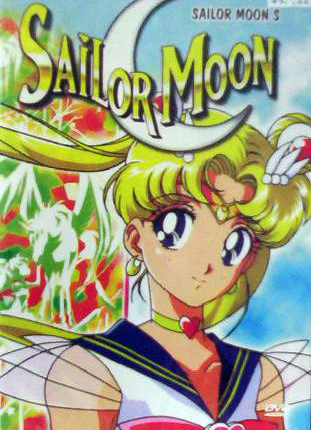 The influence of manga in the Southeast Asian societies is obvious. Outside Japan and Asia, the visibility of manga is clearly emerging into the mainstream media. Comic scholars and cultural studies scholars are optimistic that Japan can be “consider[ed] as another centre of globalization” because of the current global development of manga and anime. This paper aims to investigate the flow of manga in Europe and North America as a cultural product in the global market.

Cultural Odorless
We can easily ascribe the reason for the popularity of Japanese manga in Asia to its “cultural similarity”or “cultural proximity” to its Asian neighbors. However, this explanation cannot be applied to the penetration of manga in non-Asian cultural markets, such as Europe and North America. For regions with strong Asian communities, like Hawaii, the west coast of the United States, and two major Canadian cities, Vancouver and Toronto, manga has been dispersed through Asian immigrants. In that case, the effects of cultural similarity can still apply to those Americans and Canadians with Asian ancestors. The non-sojourner route of how manga spread beyond Japan and Asia into European and North American markets in the 1990s is interesting to study. Japanese media industries by that time had already utilized the “cultural odorless” principle in their manga and animation-related products in Asian markets, toning down the “Japaneseness” in their products. Now they were ready to explore the possibilities in non-Asian markets.

Non-English speaking European countries, such as France, Germany, Spain, Netherlands and Italy, have their own comic cultures and are relatively open to outside cultural influences compared to the United States. In the mid-1990s, it was not a surprise when the Japanese company Bandai, handling Sailormoon distribution worldwide, became very successful with the Sailormoon animation and products in most of the European countries. On the other hand, Sailormoon was considered “ultimately failed” in the United States market because “it never really registered with the tastes and desires of American girls. In short, Sailor Moon was perceived as being too “different” as Allison observed.

Without doubt, the American market is less tolerant of “alien?cultural products and it is almost impossible for any foreign cultural products to get into the U.S. market without any adaptation and alteration to suit local tastes. Even though the Japanese media industries are well-equipped with the “cultural odorless?awareness, it still required a certain learning curve. As some prominent comic scholars point out, the acceptance of Japanese manga and animation by the American audience has been changing in recent decades. This trend reflects the successful marketing mix strategy employed by the Japanese cultural producers since the 1990s. It was also because the domestic manga market in Japan has been declining since the mid-1990s, making publishers seriously push for international licensing and start to focusing on the United States market.

Global Flow
The new generation of Japanese publishers is now more conscious with marketing strategy and eager to build distribution networks with local comic publishers, which makes manga books and magazines more accessible to potential readers. Indeed, international licensing for translation in different languages and enhancement of distribution networks are very important factors for the global flow of manga. In France, comics are very much respected as an art form and have a long tradition. With a strong and diverse comic market, there are more than ten established French version manga distributors. Since the 2000s, manga has received more attention, and many titles have reached France. This market is not restricted to the more popular offerings, but also includes some non-mainstream genres in Japan. Independent mangaka, such as Jiro Taniguchi, is a good example of this phenomenon. In addition, there is a recent local movement, known as la nouvelle manga, started by Frederic Boilet, who combined French and Japanese comics tradition into his comics.

Germany also has German version manga distributors in place, including Tokyopop Germany, established in summer 2004, and Carlsen Comics, who introduced Dragon Ball to Germany in 1997. The first German manga magazine “Banzai” targeted at boys, was published in autumn 2001, and the second manga “Daisuki” intended for girls, was published in the beginning of 2003. The April 2005 issue of Banzai includes popular stories like Hunter X Hunter, Shaman King, Is, Hikara no Go, and Naruto. However, this magazine ceased in May 2006. Other manga-related activities such as fan clubs, fan art, and manga shops are very active in Germany. Italy also has at least seven major Italian version manga distributors. Spain has at least two Spanish manga distributors, with current popular manga titles including Naruto, Saint Seiya, Samurai Deeper Kyo, and Inu-Yasha, distributed by Glenat. Even a newly opened up Eastern European country like Poland has the most current popular manga titles available in Polish through the international licensing system.

In the United States, there is an obvious increase of manga licensing publishers and manga titles in response to the demands of the past five years. The English version manga, known as “graphic novels” in the United States, is now available not only from specialty stores, but also in the regular bookstores, typically with its own shelf and section. Los Angeles-based publisher Tokyopop released 200 titles in 2002 and doubled its number of titles in the next year. In November 2002, San Francisco-based VIZ Media, a major American manga publisher, published the first Japanese manga magazine in English, Shonen Jump, in the United States. Like the original Japanese version, the magazine contains a series of serial stories in order to build the loyalty of the readers by keeping them reading the story in every issue. The initial issue contains seven serial stories including three hit TV animation programs in the U.S., Dragon Ball Z, Yu-Gi-Oh! and Yu Yu Hakusho. The issue sold out 250,000 copies instantly. The May 2003 issue’s distribution was 350,000 copies, and the distribution of the magazine is expected to increase to 1 million in three years. The marketing objective of the American version of Shonen Jump is to make manga another style of comic known to as many Americans as possible.

For girl readers, the first American shojo manga, Shojo Beat, hit American newsstands in July 2005. Shojo Beat will include six of the hottest shojo manga from Japan: Absolute Boyfriend, Baby & Me, Crimson Hero, Godchild, Kaze Hikaru, and Nana. Both specialized American manga magazines will continue the same successful formula as in Japan; when the serial stories are finished, an independent edition in the format of a “graphic novel” will be published for the fans to own the whole story in one volume (tankobon). This strategy has been proven very successful at cultivating the manga culture in Japan for decades. American comics publishers are now experiencing booming sales in graphic novel titles and sales have been increasing rapidly since 2002.

Familiarity and Fantasy
The studies on how Japanese cultural products are consumed by non-Asian audiences beyond Asia are still limited. American scholars such as Susan Napier, Mary Grigsby, Anne Allison, Kaoru Misaka and Jiwon Ahn have contributed to an introductory understanding of how manga and anime are circulated and consumed by the American audience. Allison summarized Napier's studies on anime that American “fans are engaged in a relatively new form of spectatorship, that of the committed fan, whose interaction transcends issues of national boundaries” She found both children from Japan and the US say much the same thing; those characters and stories they like the best are the ones in which they can see or feel something of themselves ?by identifying, for example, with a lead character -- but that also have the power to transport them to another world -- a fantasy or dream world.” Her observation echoed with Napier’s conclusion that the “issue of Japaneseness is not the major attraction of anime for most of the respondents”.

In fact, for Japanese cultural producers, the less “Japaneseness” is better for the transnational circulation of manga and anime, which they learned from Sailormoon’s failure and Pokemon’s triumph. It is the “culturally odorless” that Japanese publishers wanted to see -- a “creation of imaginary world(s) that strike fans with a mixture of familiarity as well as fantasy.” For the American audience, they might have found “a mixture of familiarity” in Japanese manga from their imaginations and the collective memories within their own cultural context. Indeed, Japan has a long history of learning from American comics, cartoons and animation. What matters are the form of manga and the structures of common difference”” that “captures one’s imagination yet also ’makes sense’”. Like manga readers in Asian countries, both European and North American manga and anime audiences “can take on Japanese culture without loving Japan. This becomes clear when one realizes that Japanese presence and influence are structural phenomena. Loving or not loving Japan is a matter of individual response”. However, there is still no fixed successful formula on ‘familiarity and fantasy’ that can be guaranteed to work every time. To Japanese cultural producers, the transnational flow of its products is still a hit and miss event, although the success rates have been increasing.