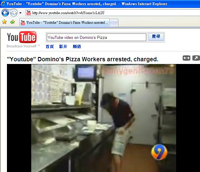 Public relations (or PR) has always been shrouded in ‘smoke and mirrors’. Many perceive it to be the domain of mysterious Machiavellian ‘spin doctors’ who wield strange and arcane powers of persuasion. This is somewhat removed from the truth. Today, public relations has evolved since its humble beginnings in the first decade of the last century into a profession largely tasked with getting ‘ink’ into newspapers and magazines. This has, for many years, been the standard of PR success.

Historically, public relations professionals slept well at night safe in the knowledge that the newspaper column inches they’d been able to generate exceeded that of their clients’ competitors. They were comforted by the thud of a pile of press clippings and that the value of their output seemed higher than the equivalent advertising spend. They also celebrated a growing Chinese character count, not to mention the fact that their client’s name was in the headline, and articles frequently featured a photograph of their client smiling inanely.

PR people have programmed CEOs to measure PR and advertising success in the same way you assess fish at a wet market - by the kilogram (of press clippings and ads).

For many, this so-called ‘thud factor’ of newspaper and magazine clippings is still the only benchmark of public relations success. Don’t get me wrong. Well written, on message articles in significant and influential newspapers and magazines are undeniably still important. Yet we’ve clung to a giant leap of faith that says if an article featuring a company’s managing director appears on page 42 of Ming Pao, then this is a PR success. Surely, this is an output. It’s the beginning of a discussion, not an end in itself.

The reality is, ever so quietly, the rug has been pulled out from underneath our collective feet. There’s an entirely different truth emerging: Seventy percent of Americans don’t believe “all or most” media reporting. According to research company TNS, Hong Kongers’ most trustworthy media channels include friends and family, expert product reviews from websites, and consumer opinions in blogs and chat rooms.

Print newspaper and magazine revenues are going into free fall with the Tribune Company, the owner of LA Times, filing for Chapter 11 bankruptcy protection. Conversely, digital advertising revenues around the world are increasing exponentially.

PR 2.0
Today, so-called social media has thrown a grand spanner into the works. We’re now asking these same CEOs to comprehend Facebook pages, tweets on twitter, threads in discussion forums and BBSs, and to blog post and comment until they can blog no more. As Marvin Gaye so eloquently questioned, “What’s going on?”

Put simply, the people have spoken. Consumers increasingly distrust institutions like the media, and put greater trust in their peers. Social media empowers them to pull the information they want rather than filter what’s being pushed at them through mainstream press. Social media also empowers them to have their own voices. Today’s smart companies combine the best of traditional media outreach, direct stakeholder engagement activities with social media programs that allow them to engage directly in conversation with their customers.

It is time for companies in Hong Kong to take a look at their communications and marketing programs and decide which tactics really are influential. Research from all over the globe says that customers “live” in social media. And if you’re not active in social media channels too, you’ll struggle for relevance. Ten years ago, if you didn’t have a website, you were invisible. Increasingly, if you’re not active in social media channels, you’ll suffer a similar fate. Older style PR tactics such as press releases need to be complimented by social media engagements that take your company directly into conversations with your most critical communities.

Many call this next step in my profession’s evolution, ‘PR 2.0’. According to increasingly-reliable Wikipedia, PR 2.0 is a phrase coined by Silicon Valley PR consultant Brian Solis. Brian defines PR 2.0 as “...the understanding and practice that communications is a two-way process and incorporates the tools, principles, strategies, and philosophies for reaching, engaging, guiding, influencing, and helping people directly in addition to the traditional cycle of PR influence.”

I like this lengthy definition. It brings PR back to where it should be. A discussion with publics - with people. Remember, we’re trying to communicate with the most media (and PR) savvy generation in history. Quite frankly, they don’t believe the hype.

Questions to be Confronted
But before you build a blog, set up an island in Second Life or start tweeting, take a deep breath. Define your business goals, create a strategy, understand your audiences, and work out what influences them. The answer may well be, in part, social media. But it’s not a silver bullet.

You also need to confront the range of questions social media creates in the minds of communicators. Questions over things like message and conversation control, benchmarking, measurement, ROI, dealing with public criticism and unethical behavior in social media channels. The tough thing is, many of these questions don’t have solid answers because this space is so new and evolving so rapidly.

Those of us in communications have been quick to celebrate the successes and opportunities created by social media and citizen journalism. But just as we heard the early chimes of traditional media’s death knell ringing from blog post to blog post, I also have come to appreciate that the route of social media ‘news’ is one best travelled with care.

Several recent events have highlighted why. The first relates to Domino’s Pizza. This decades-old global brand reinforces an image of fresh, hot food prepared by happy, enthusiastic workers. It received a wake-up call on April 12 2009 when two employees felt compelled to post a video to YouTube showing them performing various unsavory acts on food products.

What's interesting is that prior to the age of YouTube, such a thing may have been limited to a video cassette played at frat parties. But within 48 hours, the offensive video had been viewed millions of times. Domino's did many of the right things in responding - it posted its own YouTube video, and replied directly to the blogger that broke the story. The company – and hopefully others like it – learned a lesson in how easy it is for idiots with video cameras to cause a brand considerable damage.

Another topical crisis that has raised questions over the role of social media in a crisis is the H1N1 outbreak. Social media flavor of the month Twitter came under fire for spreading misinformation. Such was the level of incorrect tweets, that mainstream media saw it as an opportunity to quite rightly raise questions over Twitter's credibility. On the positive side, the US Center for Disease Control (CDC) has used Twitter as a force for good to spread reliable and accurate information. Its followers have grown from 2,621 (April 23, 2009) to 806,228 (September 1, 2009).

In this age of authenticity, we need more than ever to treat the information we consume with a healthy grain of salt. One of the great opportunities that blogging and social networks provide is giving everyone the ability to publish. Unfortunately, as these cases show, just because you can publish, doesn't always mean you should. Traditional media channels are increasingly feeding on crises and issues that break through social media. Channels such as Facebook, twitter and YouTube have become trusted sources - but their ability to misinform or mislead is as powerful as traditional media's historical ability to credibly inform and lead.

Are these the ‘icebergs' that will sink the social media ‘Titanic'? Are the tools that have liberated the exchange of ideas and news failing us? Should we reject social media in favor of old media forms?

Fundamentally, social media isn’t going away. It isn’t a trend that will fade over time. The people have spoken – they want to engage and companies in Hong Kong need to adapt. This is a radical change for many, and a commitment that shouldn’t be taken lightly. Done poorly, it is a path fraught with danger. Done well, it creates opportunities to become closer - and more relevant – to your customers than you’ve ever dreamed.
下载