Inclusive design for Information and Communication Technologies – Utopia or Reality? 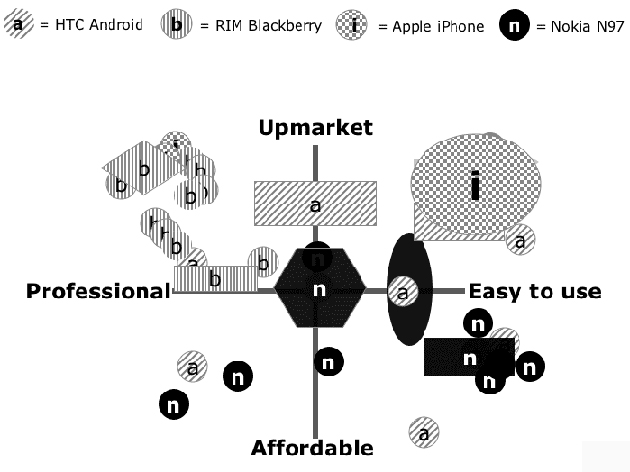 Figure 1. A perception map of four smartphones
In a previous article in Media Digest (Looms, July 2008) I discussed television and accessibility in the light of the transition to digital transmission. On a global basis, somewhere between 5-20% of the adult population have one or several impairments that influence their ability to benefit fully from information and communication technologies (ICTs) – listening to the radio, watching TV, using a mobile phone or a computer.

The application of research in usability and accessibility to designing media and systems has the potential to improve their user-friendliness. Using three cases, this article will explore whether this potential is being effectively harnessed and examines the arguments in favour of inclusive design.

Designing smartphones people want to own – the Mouse and the Elephant
Arguably Nokia has been the most successful manufacturer of mobile phone handsets to date. It produces some of the most technologically sophisticated smartphones on the market, yet its position as leader of this segment has been eclipsed by Apple. Why should this be?

A good place to start is brand image. Perception mapping is a simple tool to get to know about smartphones currently on the market. In December, 2009, students on a postgraduate course at the University of Hong Kong came up with these results:

What is striking here is how clearly the iPhone projects itself – students saw it as somewhat expensive but very easy to use. RIM’s Blackberry was seen to be more professional but also upmarket. The Nokia N95 and the HTC Android handsets both had brand images that were markedly more diffuse. A majority of the students in the study had clear expectations about the iPhone, which was not the case for Nokia.

A second indicator is to test the two handsets for their usability. There are no public studies of the latest handsets, but in 2007 a usability study of the Apple iPhone, HTC Touch and the Nokia N95 was conducted by Perceptive Sciences, a Texas-based usability consulting firm. The study focused on how easy it is for people to use the functions of the three phones without having tried them before. The iPhone scored highly, and the subjects used on average about half the time to complete the ten tasks as it took to do the same things on the Nokia N95.

A third indicator is the availability of applications (apps). Here the Apple apps store can offer in excess of 100,000 products, whereas the Nokia Ovi store has less than a tenth of that number. Buying and installing apps can be somewhat of a challenge. Success breeds success, and developers have a commercial incentive to develop apps for the iPhone because it represents a low risk way of getting to market. For this reason, iPhone apps seem to be a tad more polished than their Nokia equivalents.

The fourth indicator is to ask owners how they feel about their smartphones. There may be the occasional iPhone owner who has something critical to say but tellingly, he or she is happy to put up with problems because the overall user experience is such an easy and pleasurable one. Nokia users extoll the virtues of the clever technologies that are ”under the lid” of their handset, but are less likely to talk about their experience as users.

Taken together, it seems clear that Apple has done a good job of competing with Nokia on smartphones by offering an easy-to-use product that meets user expectations. By focusing on the user proposition, the smartphone mouse has sucessfully challenged the market elephant and has reaped the economic benefits of inclusive design.

Broadcasting: taking advantage of the switch from analogue to digital
In Europe as in other parts of the world, broadcasting is going digital. By the end of 2012, the switch-over to digital TV transmission wil be complete, and radio may well follow.

As digital technologies are in many ways more flexible than their analogue predecessors, it makes sense to promote accessibility services to make television and radio more inclusive to the many millions of viewers and listeners across Europe.

In the DTV4ALL project which aims to identify ways in which e-inclusiveness can be promoted, we are working on two fronts:

• Getting the broadcast community to offer ”mature” access services such as subtitles for the deaf and hard of hearing, audio description and signing;

An example of an action with mature services concerns live subtitles. These are produced by a specialist who follows the programme,and dictates the subtitles into a microphone. Speech recognition turns the speech into text, after which the subtitles appear on screen with a delay of 3-7 seconds compared to the speech to which they refer. As several European countries either offer 100% subtitling, or plan to do so in the next few years, it is vital to know whether live subtitles do what is required.

A study we did at DR in the summer of 2009 as part of DTV4ALL revealed that a delay of 3-7 seconds seriously reduces the value of subtitles. Viewers with hearing impairments who watch live TV programmes either read the subtitles, or try to follow the audio. The delay between hearing and reading the related subtitles creates too big a cognitive overload. A solution is to include a local buffer in TV receivers and Personal Video Recorders so that the delay can be eliminated, improving the value of live subtitles. This suggestion was submitted to a standardisation body in December 2009.

An example of proof of concept work in DTV4ALL concerns the audio of television (and, in principle, radio). The audibility of television sound can be improved by local signal processing in the receiver to supress extraneous noise (crowd noise at football matches or background music in a documentary) using algorithms developed by IRT in Munich. It can also be used to change the frequency range and levels of the audio to match the hearing of the listener. Preliminary studies at UAB (the Autonomous University of Barcelona) indicate that television viewers with certain hearing impairments notice a dramatic improvement in the benefit they derive from watching TV when the audio is optimised for their hearing. For this reason, DTV4ALL will discuss its findings with manufacturers of consumer electronics and hearing aids to promote the take-up of these relatively inexpensive features.

By identifying key areas where action can be taken quickly and at low cost, everyone in the value chain benefits.

Hearing aids: going global with a niche product
Hearing impairments of various kinds affect at least 5% of the population around the world. Gone are the days when hearing loss meant either wearing unsightly devices that could stigmatise their users or trying to get by without using one. Audiological research and the miniaturisation of electronics have lead to a new generation of hearing aids that are both effective at compensating for various kinds of hearing impairment and are small enough to be virtually invisible.

Denmark is best known for the Little Mermaid, Hans Christian Andersen and things like butter cookies and beer. Thanks to long-standing traditions in audiological research, Denmark is also known for advanced hi-fi equipment and hearing aids. Three Danish companies, Oticon, GN Resound and Widex, are among the six leading manufacturers of hearing aids worldwide and jointly have a 50% share of the world market.

By first creating a public-private research climate in their home market in which pre-competitive collaboration can flourish and then going global, these three Danish companies now have multimillion dollar businesses. A contributing factor to their success has been investments in participatory design and device standardisation so that they can offer products that their users are happy to use and which make a difference in their daily lives.

The three cases presented deal with usability and accessbility to varying degrees. Nevertheless, the underlying point is that inclusive design does not only have to be something imposed on manufacturers and media developers in order to comply with a UN convention and national regulations. As the iPhone case demonstrates, ”good inclusive (universal) design is good design” (Keates and Clarkson [2004]) and can be justified not only on social and moral grounds, but also because it makes commercial sense. In the digital TV case, open standards for broadcast transmission provide a level playing field where new access services can emerge. In areas where the numbers are small, inclusive design targeting a global market is a viable market strategy.