Consider the fact that the BBC has existed for nearly one hundred years. Then factor in the enormous cultural, social , technological and economic changes since the BBC's first Charter was granted in 1926. 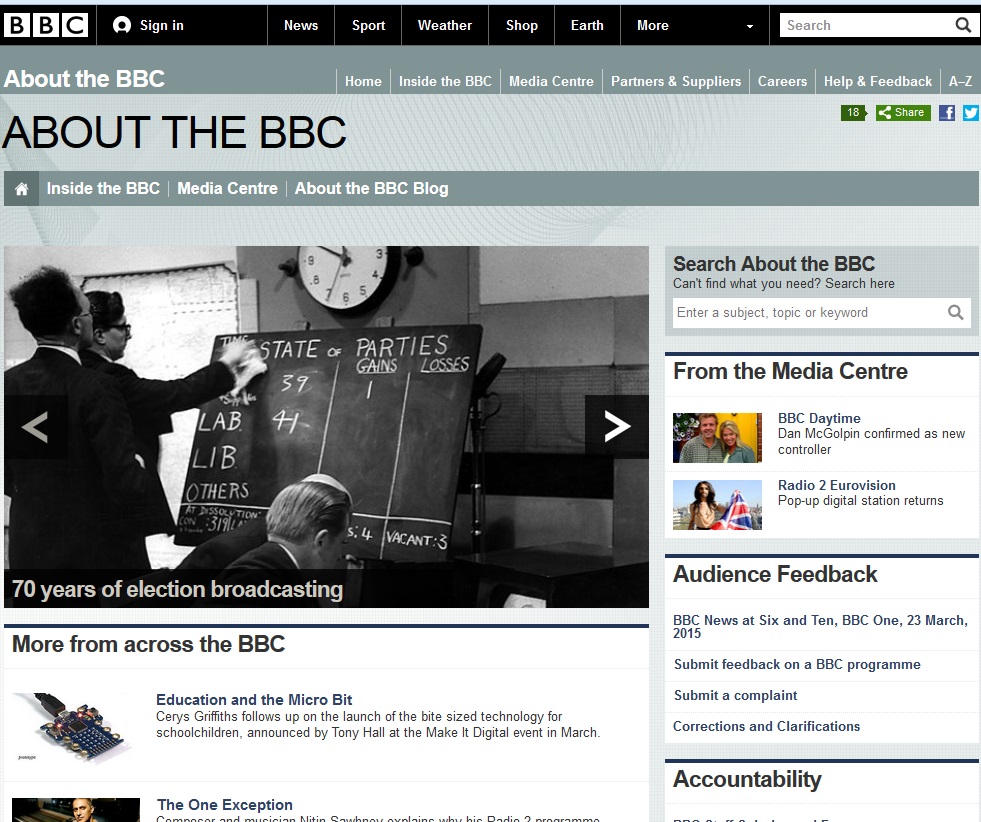 The BBC is an enormous success story. For many, the BBC is Britain: It makes, in Benedict Anderson's phrase, an "imagined community" Professor Charles Barr saw the BBC as inheriting the spirit of Ealing Studios whose aim was to project Britain and the British character.

The famous Ealing comedies such as Whisky Galore, The Lavender Hill Mob and Passport to Pimlico are acknowledged classics but the British film Industry has never been as consistently successful as British broadcasting.

Ealing went out of business: the BBC did not. Viewers remain committed to watching British made content on the small screen although Hollywood dominates on the big screen.

So why is British TV, and the BBC, in particular more successful than British films? The answer is, at least in part, the existence of the BBC licence fee which guarantees investment in the UK's cultural and creative industries.

Despite the neo liberal economic orthodoxies of recent decades and the privatisation by the UK government of almost everything that could be sold off - the BBC remains as a kind of nationalised public organisation but, and this is the salient point - it is successful economically and culturally. It gives listeners and viewers what they want and at times what is needed.

As a result the BBC commands widespread support despite the constant sniping by their competitors, the right wing press and a series of spectacular own goals in recent years.

These own goals do not include the decision not to renew the contract of Jeremy Clarkson as the controversial presenter of Top Gear. Rather this demonstrates that, for the BBC, there are values beyond those of accountancy. This decision will cost the BBC a good deal in income but the commitment to standards and public value is to be welcomed.

But how exactly do you measure public value?  Is the BBC there solely to provide content based on market failure?

The Select Committee report: The Future of the BBC1  states that:

Without the BBC's supply of UK-originated content and programmes for children, many younger people would have to rely largely on a diet of acquired US television programmes, as the BBC is pretty much by itself in the provision of UK-originated children's output.

This content plays a vital part of children's early learning experience and understanding of their cultural identity. Children's content must remain a core and priority PSB genre for the BBC beyond 2016.

This is not just market failure. It is demonstrates the need for broadcasting in the public interest to meet but also inability of the regulator OFCOM and the UK State to do other than pressure the BBC to do this. The Blair government insisted on light 'touch regulation' and OFCOM has been allowed largely ignore its primary duty to secure the citizen interest or

The BBC Charter - from 2006 – tried to define the Public Interest as Public Purposes. The new BBC Trust established the Public Value Test (PVT) which includes a Market Impact Assessment (MIA) carried out by OFCOM. The PVT is applied when the BBC seeks to establish a new service.

Would the BBC have been allowed to go online had an MIA been required in the 1990s? Indeed, what would have been the result had the decision to create the BBC been subject to an MIA? Perhaps there would have been no BBC.

At that time, newspaper owners feared what they saw as unfair competition. Now in March 2015 owners of the local and regional press are vocal in complaining about the BBC website. Plus ca change.

This is a re-run of the 1920's. If the BBC provides freely available online content - why should people buy newspapers? Or subscribe to read an online newspaper.  We now know that radio and television co-existed with - rather than destroying - the press. Establishing the BBC was right but the enemies of the BBC are still fighting the same battles and sometimes gaining ground.

For example, in 2008 the BBC's Local Video proposal was stopped2.

ITV was in the process of reducing provision in local or regional news which was deemed to be too expensive. The BBC was seeking to demonstrate value for money by making better use of news gathering resources and place more material on its website. So the BBC proposed to upload material onto their website.

The MIA stated that:

The majority of respondents interested in taking up the BBC service said that the new service would not impact on their use of existing services. This ranged from 78% (local newspaper

The dynamic impacts on regional TV broadcasting are likely to be minimal.

Despite this, the BBC Trust determined that the proposal be rejected, pro tem at least on the grounds that Local newspapers might be affected in the future. The press won that battle although their problems are far from being the responsibility of the BBC.

This is a clear example of the interests of the BBC's competitors being put before the public interest and value for money.

Another competitor of the BBC - Rupert Murdoch - is implacably opposed to the very existence of the BBC on both business and ideological grounds and there is no doubt that his newspapers have consistently reflected and promulgated these views. He wishes to have the BBC fundamentally changed and/or reduced in size.

cut the BBC licence fee, to force BBC online to charge for its content, for the BBC to sell off its commercial activities, to open up more national sporting events to bids from BSkyB and move them away from the BBC,…  and to reduce the power of their regulator, Ofcom.

If you cannot destroy the BBC per se then the next best thing is to reduce its scope, scale and size. This is exactly where the greatest dangers lie for the BBC in the forthcoming Charter process

The Select Committee Report tries to set the terms of the debate.

The BBC is a powerful player in broadcasting and, given the broad scope of its public purposes and resources, there is a constant danger that it will, by accident or design, swamp smaller rivals and inhibit their ability to grow and develop. It therefore needs some boundaries, to ensure that the market overall is working to the public good and the licence fee payer is getting best value for money

But as we saw in the case of the Local Video proposal, both public purposes and value for money were set aside in favour of other considerations. What are these boundaries? Trying to determine where the BBC's remit does or should not reach is an almost philosophical question.

But the politicians, as ever, seek to exert influence if not control:

While it is the case that the BBC's purposes and funding will determine some parameters for the BBC's scope and scale, it is also the Framework Agreement between the BBC and the Secretary of State and the interpretations and decisions taken by the Trust and any successor oversight body that affect these.

In practice the level of the funding will be the main lever in preventing the BBC overreaching its remit as set out in the Framework Agreement. (Paragraph 113) 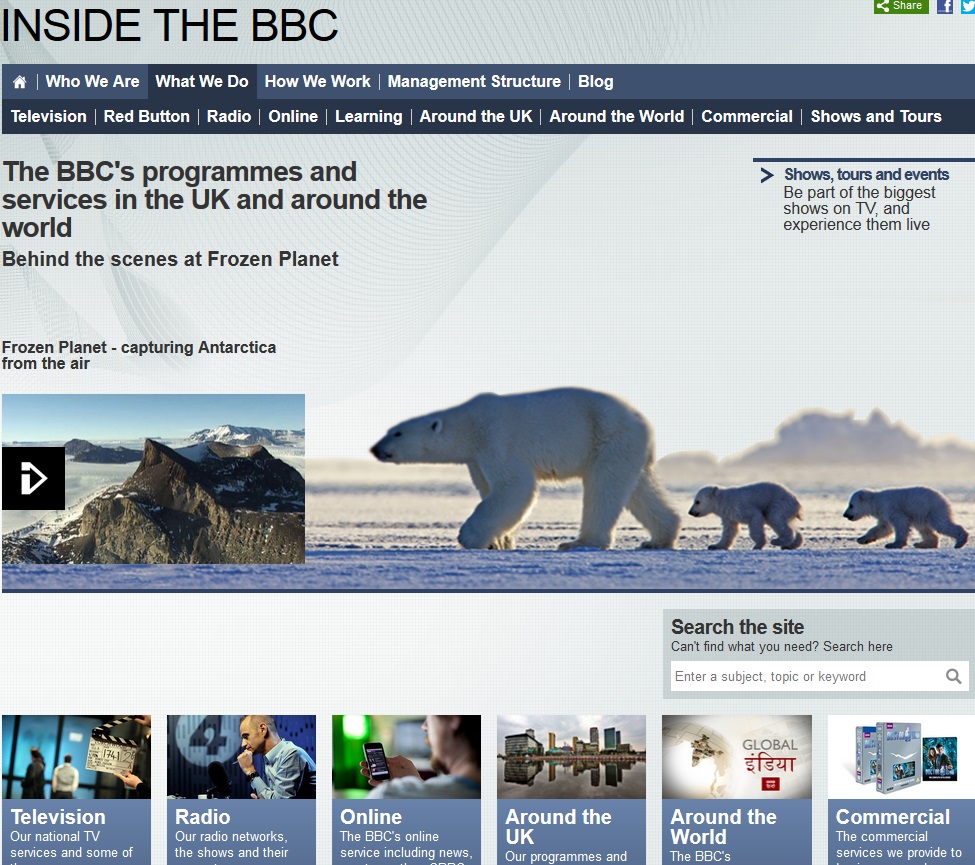 genres of programming are or are not acceptable. The framework agreement and the processes by which it is agreed require close monitoring.

It is one thing to fund an institution, quite another to fund individual programmes and content. This is precisely the slippery slope into which the 2010 licence fee settlement led us. To its credit the Committee does criticises both the settlement and the way in which it was agreed. It castigates the BBC Trust but they should have aimed their fire at the then Culture Minister Jeremy Hunt who forced it on the Corporation thus compromising aspects of its independence.

The committee states that

The BBC should be the principal recipient of the licence fee (or broadcasting levy) but a small proportion should be made available for other public service content priorities such as supporting local and regional journalism, and children's broadcasting.

We recommend that the independent panel and Charter Review consider how such contestable funds might operate and what types of public service areas they might support. (Paragraph 269)

How sensible is it to give licence fee money away to competitors instead of fully supporting investment in a great British success story? In whose interests precisely is it to introduce contestable funding?  How small is a "small proportion"? How large might that become in time?

This could become a kind of backdoor privatisation of the BBC. Indeed, this process is already underway within the BBC itself. Firstly with the 25% guarantee of the commissioning of programming to the independent sector, with 50% to being in-house and the remaining 25% up for competition between the BBC itself and its competitors in the independent production sector, indeed also direct broadcasting competitors as Scottish Television (STV) which now makes some BBC series.

This was called the window of creative competition (WOCC) but has now been superseded by current Director General Tony Hall's policy called Compete or Compare whereby even more of the BBC's output could be put out to tender.

But how do you ensure that outsourced programming is full in line with values of the BBC? In addition, the best quality often comes from creative teams working together over extended periods of time with the content not the profit being the motivation.

The committee states that:

Whilst we welcome the concept of removing the BBC's in-house production guarantees and opening up the majority of BBC commissioning to competition, it is important that commissioning decisions are not simply made on the basis of cost but also on quality.

Quite – but the policy of out sourcing is due to cost considerations, is it not?

Where particular types of content can be provided by the market more easily and cheaply, and have less long- term value, the BBC must be willing to withdraw from these areas. (Paragraph 153)

It is not incompatible for the BBC to provide "something for everyone" across its output whilst also reducing provision in areas that are over-served or where the public service characteristics of its output are marginal, or where others are better placed to deliver excellence and better value for money.

Again, where exactly should the BBC cut its services? Which areas are over served?

We consider that the BBC Trust's view that it is difficult to put a stop to any significant parts of BBC activity, citing the support shown by the audiences to individual services, is questionable.

We know that some content may attract comparatively small audiences but audiences with high commitment to and appreciation of this provision. It is undoubtedly the case that every time the BBC announces the closure of a radio station or withdraws from some programming, never mind 'significant.. activity' there are loud vocal complaints from licence fee payers.

It is to be hoped that there will also be loud vocal complaints from the public to defend the BBC from these threats to its future. Media Policy and the BBC in particular is too important to be left to the lobbying of powerful interest groups, competitors and the machinations of some politicians.