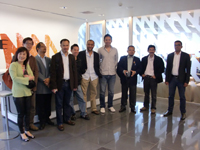 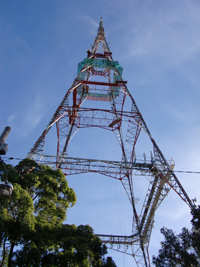 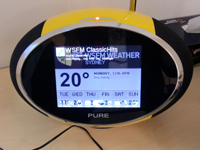 Latest digital radio with slideshow
On behalf of Radio Television Hong Kong, I would like to extend our gratefulness to ABU and Commercial Radio Australia (CRA). They organized a very informa-tive and impressive Digital Radio Study Tour to ten delegates from Malaysia and Hong Kong at Sydney from 12/4/2010 to 14/4/2010. Purpose of this expedition is sharing experiences with Australian experts about the DAB+ development over these six months after the consumer launch of digital radio in the five state metropolitan capitals of Australia.

Within these three days, we have visited national broadcasters like ABC and SBS, commercial broadcasters like Austereo Pty. Ltd and Sky Racing/Tabcorp, policy makers like Australian Communications and Media Authority (ACMA) and Department of Broadband, Communications and the Digital Economy. During our visits, we shared the experiences with this group of DAB+ pioneers about the latest DAB+ technology, spectrum and licensing arrangement for the three multiplexers, programme planning and strategy in launching, they were well-prepared and sincerely answered our questions in details.

One of most impressive parts was the visit to transmission site at Artarmon where we could inspect and observe the operation of a DAB+ transmitter, meanwhile we were arranged to interview a retailer who explained to us in depth the consumer market of digital radio.

Roll-out of Digital Radio in Australia
According to the information provided by Ms. Joan Warner, CEO of CRA, we were inspired very much by the latest development of DAB+ in Australia. Over the past six months, there have been 42 channels broadcasting through digital radio system and they are expecting another ten more channels including community radio to launch in another six months.

• 38% of people in metropolitan areas are likely to purchase a digital radio in the next 12 months.

• 71% of digital radio owners purchased for the digital quality sound

In the visit of Station Triple M, Austero Pty. Ltd. people showed us the on-air studios, news studios, production studios, the master equipment room and the signal paths of their broadcasting services for FM and DAB. In Australia, each of the commercial radio broadcasters has been allotted with certain capacity for DAB that they are freely to provide the services within the capacity limit i.e. sound quality versus number of services. Thus, DAB Service Multiplexer, Data Server, Service Provider Controller and Audio Encoders are equipped in the Station and the DAB signal stream in Service Transport Interface (STI) is transported via the telecom links to the transmission site at Artarmon for broad-cast. The most impressive is that texts and pictures are captured automatically from the Web pages of the Station and are re-purposed as the sources for DAB data services to save the operational manpower.

For the transmission arena, Australian has adopted high-power single transmitter approach instead of Single Frequency Network (SFN) to cover the service areas. In Sydney, 3 DAB Ensembles, one for public broadcasters Australian Broadcast-ing Corporation (ABC) and Special Broadcasting Service (SBS), and the other two for the commercial broadcasters, are broadcast from Artarmon Transmitter Site, a site also for analogue and digital TV services. The site is operated, maintained and managed by Broadcast Australia who is also responsible for the TV and radio broadcast transmissions.

Both DAB and VHF Band III TV are served by a common dual-polarization antenna array. Vertical polarization is for DAB and horizontal polarization is for VHF Band III TV. Thus, the coverage of DAB is exactly identical with TV. 64 sets of RFS 662 CP Dual Panel antenna are mounted on the four sides of a 220-m height self-standing tower, immediately below the UHF antennas at the top-most of the tower, to form an array for the required pattern. The DAB/TV antenna array consists of 2 tiers, the upper tier and the lower tier, which are fed by separate cables (2 for TV and 2 for DAB) with antenna switching gears to facilitate the maintenance. Thus, each tier consists of 8 antennas on each tower face. As the DAB is operated on Band III Channel 9A, a 6 MHz strip from 202 MHz to 208 MHz immediately between 2 existing analogue televisions operating at Channel 9 and Channel 10, immense effort has been put into in the design phase to safe-guard any possible interference that may cause adverse effect to the existing analogue TV broadcasts.

I am sure that the information and their experience save us much groping time and will definitely fast-track the digital radio development in Asia.
下载