Innovation and Collaboration : Public Media for the Digital Age 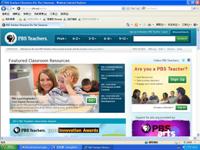 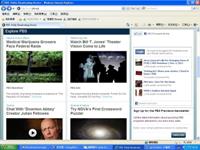 It’s time for the next generation of leaders to redefine the role of public media.

We live in a fundamentally different world than existed when public broadcasting was born.

Eric Schmidt, former CEO of Google, has estimated that humans now create as much information in two days as we did from the appearance of homo sapiens until 2003. And Facebook, which did not exist until 2003, now reaches more people than all other major media outlets combined.

There are countless satellite television channels offering up countless variations of commercial programming. There’s an increased reliance on the internet for entertainment. Media consumption is up, but the percentage of young people consuming news is down.

In the United States between 2006 and 2009, daily newspapers cut their annual editorial spending by $1.6 billion dollars, or more than a quarter. Television news staffs have declined by half from the late 1980’s.

Funding for public broadcasting is also at risk, or in the process of being cut for many of us around the world. In the United States, our public funding just survived its closest call in recent memory.

Public Broadcasting is Not a Luxury

Public broadcasting in the United States has always been a public-private partnership and the single largest source of revenue for public television is individual donors who support their local stations through membership contributions.

The federal government contributes about 15% of our system’s revenues. For every dollar in federal funding invested in member stations, they raise an additional $6.00 on their own, including contributions from millions of people who voluntarily support their community-based work.

Especially in this difficult economy, however, the loss of the vital seed money represented by the federal investment in public broadcasting would have a devastating effect and would be felt most strongly by rural stations.

Some elected leaders called public broadcasting a luxury that America could not afford. But the American people said no. More than 350,000 supporters sent nearly a half million emails and rang the phones off the hook at lawmakers’ offices. They told lawmakers that public broadcasting was not a luxury and it was not expendable. And those supporters were joined by opinion-makers, and celebrities, and champions in our legislature, who stood with us to declare that the media experiences we provide is an essential part of our democracy.

So while we won this round, we know this is not the end of it. In the face of this new landscape, the challenge to public media is this:

- Can we re-create ourselves for the Digital Age and use media to help everyone – of every age and from every walk of life – reach their full potential?

- Can we help our countries come together again and find the common ground that is so essential to solving our greatest problems?

- Can we rise to the occasion – even in this time of limited resources – and empower every citizen to be more?

I think we can. In fact, I know we can. But if we are to meet this challenge, then we must think anew about what it means to be public media.

Around the globe we must summon the courage to let go of old conventions and traditions and embrace: New strategies; New methods; New approaches.

We can no longer be comfortable in our silos of television, or radio. We must become public media companies— in every sense of the word.

To redefine public media for the digital age we must revitalize our content across platforms, stay on the cutting edge of technology and innovation, and ensure our economic sustainability.

When I look out at the media landscape, I see many challenges. But I also see unprecedented opportunity.

In the US, channels that were supposed to replace PBS by offering history, drama, and arts programming have increasingly turned to reality television- and the trend is only accelerating. If the rest of the media continues on its current trajectory, PBS and our stations will be the only enterprise whose sole purpose is to provide content of consequence – both nationally and locally – to all Americans.

It’s the best of children’s media, arts, drama, history, science, and news, the kind of programs that open up new vistas and expand people’s horizons. This creates an exciting opportunity for public media to fill the niches left open by market failure.

One of the most obvious opportunities is in education. It’s time for public media to step up, and fill some of the gaps that exist in the classroom. PBS and member stations are partnering with other publicly funded organizations to deliver unique, curriculum-based educational resources through PBS Learning Media.

We’re building on decades of expertise in producing and distributing educational media, and delivering it on a platform that will allow teachers to share ideas and innovate beyond a basic lesson plan. Teachers and school administrators can trust that we are treating today’s students as explorers and learners, not as a potential source for profit. And parents can trust us to deliver the same high quality content that’s expanded American’s horizons for generations.

As public broadcasters, we must innovate.

PBS was the first broadcaster in the United States to air live proceedings from our legislature. The show we know today as the “PBS NewsHour” represents another breakthrough. In the ’80s, it became American broadcast television’s first national 60-minute newscast. Almost three decades later, it’s still the only 60-minute national newscast on broadcast television. And while PBS didn’t invent the prime-time documentary, we’ve kept the genre alive with historical documentaries and innovative science programming.

Then there are all the breakthroughs PBS has made behind-the-scenes. We:

We were the first media company to debut a full program episode on Facebook. Last fiscal year, we began an investment in mobile products that culminated in the launch of the iPad and iPhone app to rave reviews and heavy usage. Since their debut, PBS apps have been downloaded more than two million times. And we were the first to debut a full program episode on the iPhone and iPad. We’ve won a Webby award - the internet’s version of the Oscar’s - for our iPad app. We now have six web-only series that run the gamut from arts programming to kids shows.

And in close collaboration with our colleagues at NHK in Japan, we are participating in laying the groundwork to bring the next generation of high definition to our audiences, leveraging their investment and commitment to technology for worldwide benefit.

This innovation has paid off.

Americans watched more than 154 million videos
across all of PBS’s web and mobile platforms in June. According to the leading internet measurement company PBS is the 15th most popular online property for video. What’s most exciting about our online work is that we are able to reach a new and different audience. Seventy-two percent of visitors watching videos are between the ages 18 to 49.The average age of our online viewer is 35, compared to 62 for our broadcast audience. And our online audience is very engaged: our viewers spend an average of 18 minutes per video, far above the industry average.

Up until now, our work in the digital sphere has focused on distribution: how we can get our content out to as many users as possible. But as we go forward, we have to change our focus. Rather than just using the internet as a platform to distribute our existing content, it’s time to use the internet to experiment, and push the boundaries of our work. And we’ll continue to experiment with formats that aren’t suitable to broadcast, but further our mission to educate, engage, and inspire our audiences.

The transition to digital media has come with a cost, however. We are being asked to spread our resources even more thinly than ever, in order to reflect the growing appetite for web related content.

We cannot accomplish a revitalization of our content, or continue to innovate, without addressing our system’s sustainability - the third pillar of our transition to a digital media company.

As we all re-evaluate our business models, I think that it’s important that we are open to new ideas, new strategies and new approaches. We cannot allow complacency, or fear of doing things differently, to hold us back. Especially now, when the future is barreling down like a freight train. Content, Innovation, Sustainability. That’s our recipe for the new age of public media in three words.

But in each of these areas, we are building on our strengths. This is more than just semantics. Only by fully transitioning into media companies can we meet the challenges of the future, and fulfill the mandates of the past, to educate, engage, and inspire.

Just as we must focus on the “media” part of public media, we must also revisit our commitment to the “public.”

Fifty years ago, one of the giants of public broadcasting in our country, Newton Minow, gave a famous speech in which he decried the state of television in our country as a vast wasteland. In the last fifty years, I think that public media has become an oasis in that wasteland.

But when I think about Minow’s most famous speech, ultimately, it’s not his vast wasteland comment that makes the biggest impression on me. What stays with me is his call to serve the “public interest.”

A lifetime ago, he challenged broadcasters to “put the people’s airwaves to the service of the people and the cause of freedom.”

Half a century later, we work together in that service and that cause. Every hour of every day, we make that vision a reality for millions of people.

Our work cannot be replaced or replicated by commercial outlets, because we exist to serve the people, not sell to them. Our bottom line is the number of lives we touch, not the number of shareholders we enrich.

This year, I challenge us to come together to better serve our audiences.

I challenge us to collaborate across boundaries to keep public broadcasting vibrant, innovative, and sound so it can serve the public and touch as many lives as possible.

And I challenge us as a global community to come together to put the people’s airwaves to the service of the people. Touch their hearts and lift up their minds. Nurture their souls and spark their curiosity. Educate and inspire them.

This is our time. Let’s step forward together into the future. And let the journey begin today. There’s no time like the present.


* This article is an abstract of the keynote speech delivered at the PBI 2011 Conference.
下载