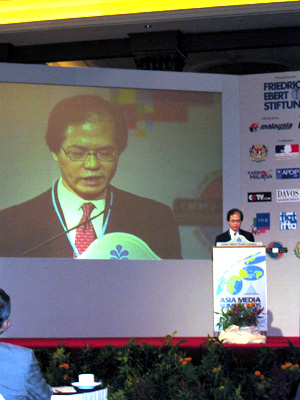 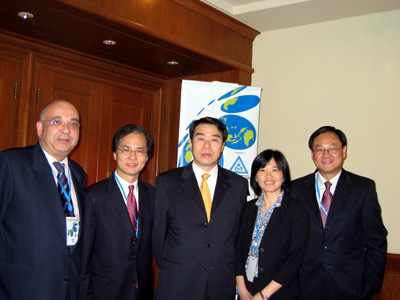 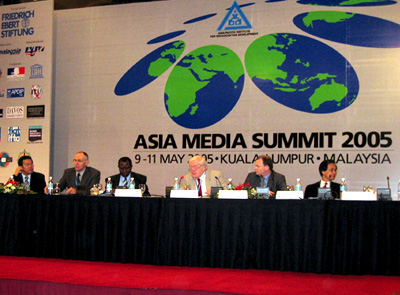 Within one year after the BBC crisis, which saw the departure of Greg Dyke and Gavyn Davis, three other prominent heads of public broadcasters in different continents have either stepped down or announced intentions to do so.

In the States, Pat Mitchell, President & CEO of PBS, announced that she would leave the Corporation when her contract expired in June 2006. In Asia, the departure of NHK President Ebisawa and other senior directors came as a shock. Finally, we have the case of the head of the South African Broadcasting Corporation (SABC), Peter Matlare, who decided to resign to take up opportunities in the private sector.

At the BBC, the story did not end with the installation of new people at the top. We have been reading stories about job cuts, and the reform of the Board of Governors. It would be easy to conclude that public service broadcasting is going through a period of severe public scrutiny and change is the buzz word all around. Greg Dyke in his book Inside Story summed it up by saying“the stark choice facing the BBC today is that we either change or we simply manage decline gracefully.”This, I believe applies to all public broadcasters.

Broadcasting has changed - we have moved on beyond the invention of the portable transistor radio. Constraints of scheduling and spectrum are no longer of such relevance. Decline in audiences is causing changes in the role of the public broadcasters. Globalization means that information travels much faster and new markets for programmes can be tapped. The dictum“to inform, educate and entertain”now describes what's being done by every broadcaster.

Analogue radio is being joined by digital broadcasting, and radio is being streamed over the internet allowing listeners to have their choice and freedom to download them as mp3 files. Listeners can choose when they want to hear their programmes as opposed to being tied down by a schedule, and programmes can be downloaded onto i-pods. Indeed, just a few weeks ago, what US President George W Bush listened to on his i-pod made the news!

The younger audience is increasingly mobile and wireless connectivity is all the rage. RTHK itself is also reflecting that. We have Teen Power Web-Js, a host of young people presenting programmes over the internet. Instant phone messages (SMS), texting and instant computer messages such as ICQ and MSN have become the norm.

Then of course we come to the latest craze - blogging - now labeled the new journalism. Web logging or blogging, once considered nothing more than rantings of opinionated authors, has become a powerful tool of communication. Weblogs certainly have advantages over traditional media: it is fast, has more variety, and is interactive - “Rathergate” is a prime example of bloggers asserting their influence over the development of a news story.

Challenges have always been made to a broadcaster's impartiality. In the wake of the Hutton Report which contained criticism of BBC reporting and the corporation's allegedly“defective” editorial processes, it is important for broadcasters around the world to remain editorially independent and unbiased.

RTHK like other broadcasters faces the same probing questions especially when it comes to “objective”reporting. Reports critical of government policy could easily be perceived by some as “biting the hand that feeds it”.

On the financial front, like many other broadcasters we are facing increased pressures. The reality is, with decreasing funding but increased competition from other forms of media such as cable and broadband television, public broadcasters are less willing to take a risk when it comes to implementing creative ideas. This soon becomes a vicious cycle in which producers become averse to risk-taking and would rather stick with the“safe”formulae. In RTHK's case, though, we have tried to prove it wrong by picking up 38 awards in international festivals last year.

So it is very much like the same old story. We are facing severe public scrutiny and the challenges represent traditional lines of enquiry :

(a) Do we present programming that is a duplication of what the commercial stations do?

(b) Have we been posing an unfair competition and chasing ratings with public funding?

(c) Are our news and current affairs truly impartial and balanced?

(d) Are proper systems in place in our operation to ensure integrity and efficiency?

One exercise we are conducting in response to these challenges is a review of our VMV statement based on an examination of the public value argument.

Broadcasters all over the world have attempted to define the term public value, with some using quality measurements on performance as judged either by the community or against the charter. The BBC goes further by stating that it contributes to public value in five main ways, viz. democratic value, cultural and creative value, educational value, social and community value and finally global value.

In light of recent debates about its role, RTHK has itself felt the need to review its Vision, Mission and Value Statement. Last year, we appointed a consultant to work with management and frontline employees to help further develop our VMV taking into consideration the concept of public value and principles of universality, fairness, equality and accountability. The new VMV would preferably dovetail with the concept of public value and include key indicators to allow the public to gauge the station's performance.

An interesting revelation was that some members of staff were not sure of the management's commitment to“live”the VMV, so it was imperative for us to consider how it could be incorporated internally in the decision-making, appraisal and evaluation processes.

An important point emerging from this round of discussions is the emphasis that has been placed on the concept of“trust”. A public broadcaster should act as a stable, trustworthy and credible source of information. Although it strives to be everything else to everyone else, accuracy and dependability seem to be the important operative words.

The new VMV basically implies that RTHK should have more visibility in news and documentary productions on social issues. We should cater to minority interests with high social or educational value. Any productions by RTHK should be explicitly of a high quality or innovative nature - promoting higher standards for the industry.

Our operating environment keeps changing. Expectations and demands from members of the public change all the while. We must be able to anticipate and evaluate those expectations so that we are ready for the next evolutionary step. Complacency is the foundation of failure and we should guard against that at all costs!