The current state of the digital marketplace in Hong Kong: Evolution or revolution? 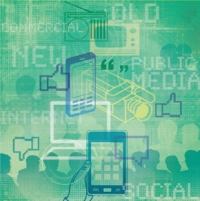 The digital landscape in Hong Kong is dynamic and constantly evolving. More than ever before, deep changes are continuously taking place in Hong Kong with respect to how consumers watch and interact with various forms of media. As new technologies continue to emerge, consumers are accessing online media via an ever-expanding array of devices and screens, often simultaneously with other forms of media.

From high speed Internet access and WiFi to smartphones and tablets, it is now easier for consumers to get online than ever before. With increased access to broadband networks, a proliferation of WiFi sites and a burgeoning smartphone market, 85 percent of Hong Kong consumers have used the Internet in the past four weeks, compared to neighboring markets such as Singapore (67%), Malaysia (38%), Thailand (31%), Philippines (30%) and Indonesia (19%).

Internet usage in Hong Kong is particularly high among those aged 12 to 44 with over nine in ten accessing the Internet on a monthly basis. Yet still two-thirds of those aged 45 and above are monthly users.

Consumer Technology Acquisition
While it is expected that Internet usage is moving toward maturity, and online activities are ingrained in the everyday lives of consumers, a new dimension is gaining significant momentum – that of Internet-capable mobile devices, including smartphones, tablet computers, eBook readers, connected games devices or other hybrid forms likely to emerge in the near future.

These mobile devices provide on-the-go access to all kinds of online activities such as social networking, reading news and communication. With mobile devices, particularly smartphones, set to surge in the year ahead, this will have a profound impact on the digital behaviour of Hong Kong consumers.

Computers, either desktops (85%) or notebooks / laptops (67%), remain the most prevalent devices of Hong Kong consumers. Smartphones (62%) have gained popularity within a short period of time and tablets (36%) are beginning to make their mark.

Across all devices, tablet computers have seen strong uptake, with ownership expected to further increase to 58 percent in 2012. Likewise, smartphones are also gaining in popularity and purchase intent in the year ahead is high, with 16 percent of consumers who do not currently use a smartphone indicating that they intend to acquire one in the next 12 months. Ownership of notebook computers and desktop computers is expected to increase by 12 percent and four percent respectively in 2012.

Mobile Applications – The Rising Trend
From texting to video to social networking, mobile phones are taking an ever-expanding role in our daily lives and consumers now use their Smartphones more than just talk. With more and more consumers using smartphones and connected devices, there is no avoidance of the importance of mobile applications (apps).

Following the footprint of smartphones, tablets are another potential game changer. The screen size of tablets is attracting a slightly different pattern of behaviour to that of smartphones.

Smartphone users most commonly use their mobile phones to perform simple and direct tasks such as conducting a search, instant messaging and checking weather whereas tablet users are more inclined to use the device more for watching online video, buying items online, playing games and posting on forums, activities that they would have previously done on desktop / laptop computers.

Simultaneous Media Consumption
Simultaneous media consumption or “media multi-tasking” is becoming more prevalent with the increasing ownership of portable devices, as a result contributing to the abundance of time spent across a range of media – accessing the Internet whilst watching TV is the most common media multi-tasking activity, with three-quarters of all digital consumers doing so, followed by simultaneous consumption of Internet and radio.

Of all digital consumers, only 12 percent said they do not use devices simultaneously, revealing that media multi-tasking has now become a dominant media behaviour of Hong Kong digital consumers.

The Rise of Social Media
The rise of social media provides brands with more customer touch points and more information about their customers and preferences than ever before.

In Hong Kong, a high proportion of consumers engage with brands on social media sites. Over seven in ten Hong Kong consumers click the Facebook ‘Like’ button for a brand or organization (79%) and connect / interact with companies (72%).

Other activities performed on social media platforms include maintaining blogs and uploading and sharing video/audio content, with more than half of digital consumers having performed these types of online social activities in the past 12 months.

All of these new behaviours indicate that social media platforms are providing consumers with a growing number of methods to share content and interact with one another.

Increased Consumption of Rich Media
Rich media, in the form of online video about products or services, also plays a role in many consumers’ decision making processes.

Four in five (80%) digital consumers in Hong Kong have accessed some form of rich media (i.e. audio or video content) via the Internet over the past 12 months. While the proportion accessing video vs. audio content online is fairly similar (77% and 72% respectively in the past 12 months), the difference is greater when focusing on more regular access of rich media – a greater proportion accesses online video content on a regular basis (at least monthly or at least weekly) than those accessing audio content.

Consumers today are driven by content. As they continue to invest in devices and technology which allow them to source content anytime and anywhere, content providers must keep pace by providing this content in various forms which address consumer needs. This has forced marketers and content and media providers alike to re-think distribution methods and evolve their offerings in order to maintain – and even regain – audiences, or risk consumers sourcing content elsewhere. In today’s world of the empowered consumer, that is an increasingly easy option.

So the digital landscape has seen both a revolution and an evolution. A revolution in the behaviours of consumers and an evolution in the way marketers and providers interact with them and distribute content. While the landscape is constantly changing, one thing is certain: consumers have a voracious appetite for content, and they have more power than ever before. Marketers and providers have to continually stay on top of media usage trends if they are to fully leverage them and remain relevant.